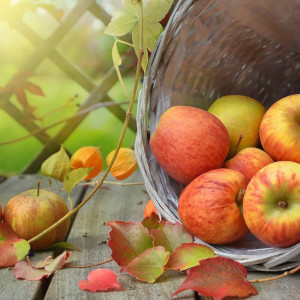 The Apples to Apples is a fun, award-winning card game in which the other players set the pace for you. Players get word cards and are tasked with matching one of their words by a judge.

The person whose card offers the judge the best solution first receives a point.

Open the packs of red apple cards and thoroughly mix all the red apple cards. After which, you distribute them evenly across the two bottom wells, one per side of the box.

Remove the box off the table. Select a player to serve as the first judge. Then a judge deals each player seven red apple cards, all face down (including him or herself). There is no restriction on card-gazing by players.

A judge uses the green cards to toss challenges to the players. Then they give the judge solutions.

However, the judge may be more interested in a card’s visual appeal than the accuracy with which it relates to the Green Apple Card. As a result, he or she has to choose one, and the player with it scores a point.

Follow these simple steps to play Apples to Apples

The more Green Apple cards a player collects, get more points. However, depending on how many individuals play, this amount can vary. The following is how winning cards are:

Many aspects of this game’s appeal stem from the notion that it is entirely up to the judge to determine which Red Apple Card is best.

This means the best solution is mostly dependent on the individual. In addition, selecting a card involves more than just matching the description on the Green Apple; it also involves making sure that the card is one that the judge will appreciate.

Therefore, understanding the judge’s reasoning or sense of humour is essential to your success. For this reason, it’s crucial that you learn about their personality.

Potpourri of Apples – This is the drawing of Red apple cards from each player’s hands before the turning over of the green Apple Card. The judge, as is customary, then picks one red Apple Card as the victor.

2 for 1 Apples – At the start of a round the judge will turn over two green cards. Then the rest of the players follow each with a red best fitting the greens.

What is the objective of Apples to Apples?

The Multiplayer card game “Apples to Apples” is all about winning as many “Green Apple” cards as possible.

What is the appropriate age for playing Apples to Apples?

Apples to Apples is suitable for children ages 12 and above. Additionally, it is a game for four to ten players.

What do Apples to Apples include?