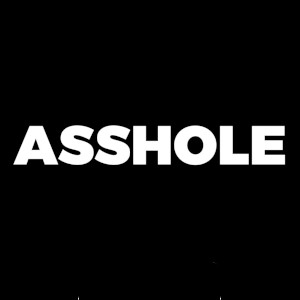 The Asshole card game is a popular drinking game that is somewhat more difficult than the typical card game.

The game is played using a deck of playing cards. A few more names for it are Scum, President, or Capitalism.

When participating in the Asshole card game, the primary purpose for participants is to get rid of all of the cards that are currently in their hands as quickly as possible.

There are a lot of rules that need to be remembered, but if you are acquainted with them, playing the game will be much simpler and more enjoyable for you.

Read more to find out about the gameplay and rules of this exciting card game.

The player who is president is the one responsible for shuffling and dealing the cards. In a clockwise rotation, each of the cards is given out as equally as is physically feasible.

In variations of the game in which there are numerous top positions and two bottom places, the Asshole is often required to present more cards to the president, and this number is limited only by the total number of top positions in the game.

In any case, the players who get cards from the spots at the bottom of the deck are required to return an equal number of “junk” cards, or cards that they do not desire.

They are not required to return the cards that have the lowest value.

At least five people are needed for the Asshole card game. All of the participants must spread out and sit in a circle around a playing field. Keep in mind that the objective of the game is to discard all of your cards as rapidly as possible.

This game was purely invented for friends to have fun and enjoy a few drinks together. The president gets to have the power in the game as he is the winner of the initial round. The president can order “board meetings” in order to get players to drink. He also has the power to introduce new rules into the game if he is on a winning streak. The Asshole, on the other hand, is obliged to pour drinks and give cards to the president at the beginning of each round. Everyone avoids being the Asshole while playing this game.

You also need to drink anytime any of the following occurs:

How many people can play the Asshole card game?

The game can be played by a minimum of four people, but it is more fun when the group is larger.

Is there a no-drinking version of the game?

It is possible to have a game without alcohol involvement, but it is more fun that way.