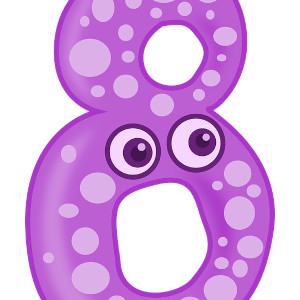 The game Crazy Eights is a shedding type of card game. The goal is to be the first player left without any cards and maintain the lowest overall score.

Gameplay is simple and the rules are uncomplicated. There are different variations of the game, but the rules remain unchanged in most cases.

Crazy Eights is played by 2 to 5 players using a standard 52-card deck. For more than 5 players, an additional 52-card deck will be needed. This must be reshuffled well.

In the case of four players, the game begins by dealing cards. Each of the four players will be dealt five cards, one card at a time.

For two players, eight cards will be dealt. The remaining deck is then placed in the middle face down as the stockpile with the first card removed and placed face up. This card will start the discard pile.

The players’ 5 cards are placed face down.

To begin playing, the player left to the dealer is the first to play. Gameplay involves discarding cards that have a matching suit or rank to the first card of the discard pile.

If for instance, the first card of the discard pile is a five of clubs, then the first player can choose to discard a club, an eight or a five of diamonds from their hand.

This moves on clockwise until a round is completed and scores computed.

During the game, 8 is a wild and can be played at any time. In simple terms, 8 can be played regardless of the suit of the first card of the discard pile.

The player who plays 8 will then decide the suit or rank that the next player needs to discard.

A round ends, when one of the players has discarded all their cards. When the round is over, cards that were not discarded by the other players will have their values computed.

The objective of the game is to have the least score for each round. The final score is decided upon when there is a player who has already attained 100 or more points. At this point, the player who will have maintained the lowest score will be the winner.

The scores are computed as follows;

There are a few strategies that could work in order to win.

Like most card games, Crazy Eights has a number of game variations to spice up gameplay.

For this variation, playing a queen causes the next player to miss their turn. This can also apply to Aces too. For a two player game, the opponent will miss that turn and the current player will have a second turn.

When a player plays queens, the next player in line must pick 5 cards before they can continue playing.

For this variation, players can draw two cards of the same rank in one turn. So if the first card of the discard pile is 7s, then if the player has two 7s they can discard them at once.

What is the main objective of Crazy Eights card game?

The main goal is to be the first player to discard their cards and also maintain the lowest score.

How is the score calculated?

Each of the remaining cards will be assigned their value and the score calculated. The player with the least score after the game ends is the winner.