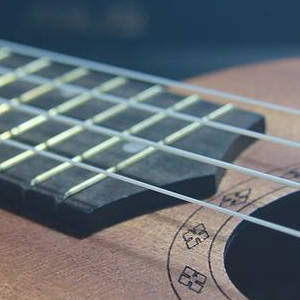 The card game Euchre has been a popular social game for a long time in a lot of countries especially the United States, Canada, New Zealand and Britain.

Just like a lot of other card games, it is a four player game, but it also has a lot of features that make it different. If you want to learn a new card game and start playing something fun, Euchre is a great option.

Read on further to know more about the game, its rules, how it is played and what you can do to win it.

Game set up for Euchre

Euchre is a four player game, enjoyed best in teams of two playing against each other. You simply need a standard 52 card pack.

Specialized Euchre decks are also available and are very exciting to play with. You may pick 32 cards, 28 cards or 24 cards to play the game.

You need to understand the trumps to navigate through the game. A Jack of the trump suit, also known as the ‘right bower’ is the highest trump.

The next highest trump is the Jack of any other suit of the same colour known as the ‘left bower’.

On either of the team or lone hands being euchred, their opponents win 2 points. Whoever reaches the agreed number of points before, wins.

A side is understood as to be ‘at the bridge’ when it scores 4 and the opponents score 2 or less in a 5 point game.

How to play Euchre

Euchre is one of the easiest card games to play, and its terminology is also easy. Winning a minimum of three tricks is essential. The team that fixes the trump is called being ‘Euchred’ if it doesn’t get three tricks, and it is said to be a ‘march’ if you win all the five tricks.

Now, shuffle the cards, keep them faced downwards. Partners in the team now draw the cards for each other and deal. The two lowest cardholders play against the highest cardholders.

The lowest cardholder does the first deal, and the same cardholders sit against each other. K, Q, J, 10, 9, 8, 7, A is the order of the ranking of the cards that the players must keep in mind.

As far as the order of shuffling is concerned, the Dealer is entitled to go last. Whoever sits on the right side of the Dealer gets to cut the pack ensuring that at least four cards are left in every packet.

All players get five cards each being dealt to them clockwise. The dealer can decide on the number of rounds they want to play with at the beginning of the game and should then stick to it. Once a player has dealt, they pass the deal turn to their left.

When everyone has been dealt, the remaining of the cards from the pack are placed on the table with the top card faced up.

The dealer has the power to exchange their card with the card that has its face turned up. If the dealer does not want to exchange the card, they can simply let the card on the table be played by placing it under the pack with its face down.

The dealer is generally known to choose to do this rather than make the exchange.

You must start the game with the player sitting on the left side of the dealer. All the players then make a decision of their own to either pass or accept the trump.

The player on the opposite team, the partner of the dealer and the dealer themselves must say ‘I order it up’, ‘I assist’ and ‘taking it up’ respectively to show that they have accepted the trump. If they choose not to accept the trump, they must say ‘turning it down’.

How to win at Euchre

In order to win this game, the player must be able to navigate through the different stages in it. After all the involved players reach the second stage, they can choose to pass again or name the trump suit.

The discarded suit can not be named.

On clearing this stage, all the cards are shuffled together again and the next deal starts. Once a decision on the trump is made- by acceptance or rejection, the game play starts.

A player can announce themselves to be ‘alone’ while fixing their trump, and play with only their own cards without using thier partner’s cards, if they thinks it is advantageous to them and their partner.

The partner of the player then chooses to not get involved in the game by keeping their cards faced down. Winning lead usually rests with the person who begins the game.

Sometimes, if one of the partners is playing alone, the player across from the dealer takes the lead. The gist of the game is to win the tricks.

The more high cards or trumps the player keeps getting, the more he gets the tricks and leads.

In all, Euchre is a unique card game that is interesting and fun to play with your friends.

How many people can participate in a game of Euchre?

The game is played by four people. They get divided into the teams of two, the two players partnering amongst themselves and the teams playing against each other.

At what point is the game finished?

The players who tricks the most with the trumps wins.