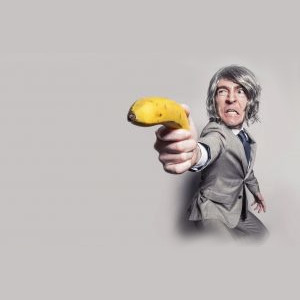 The Killer card is a well-known game that almost everyone has heard of it. When given decks of cards, even children can devise their play and guidelines.

Playing cards has changed a lot from a form that has become indistinguishable. As a result, whether you’re a casual player with your deck at your household or an ardent gamer of card games at the casino. It’s a good idea to recognize the deep history of card games.

However, before playing the actual card game, let’s look at how the game works.

This Card game consists of at least four players. In a four-player game, one would be a killer, and the other would be a police officer.

Two killers and two police officers will be present in an 8-player game. Likewise, in a 12-player game, there will be three police officers, three killers, and so forth. Establishing this, you are ready to start the game.

Completely separate cards from the deck. Two of them will be aces (for two cops), and two must be jacks (for two killers).

The last six cards could be any denomination. In our scenario, these remaining cards are of spades, hearts, and clubs, and four cards are of diamonds, clubs, and hearts.

The game starts with cards distribution to the gamers

There are six other participants in the game apart from the two police officers and the two killers.

When the killer winks at a typical gamer for the first time, he must say, “I am dead,” and is kicked out of the play.

If a gamer with clubs is winked by a participant with diamonds (a killer), he must say, “I am dead,” or be eliminated.

If a killer winked at a police officer and the officer noticed and caught him winking, the killer is kicked out of the game.

If the two killers finish killing all innocent people by winking even before the police arrest them, the killers become victorious in the game. On the other hand, if cops catch the killers before killing the civilians, the police officers win the game.

The main goal of the Killer card game is for the cop or policeman to figure out who the robber or murderer is and for the murderer to kill all typical participants or innocent citizens before the police officer catches him.

Even though you’re not a skilled player, the killer card seems to be a straightforward game that will make several customers happy. That’s because, unlike chess, it does not rely heavily on your intellectual capabilities.

Killer card games have an excellent balance of expertise and opportunity, and this is what helps make them so enticing.

How do you play the game of detective killer?

One player assumes the role of Detective and exits the room. While It is out, the other participants choose one of them to become the Killer. Request that the Detective come back and stand in the center. By winking at them, the killer starts to “kill” individuals one after the other.

What are the killer’s ground rules?

Every player begins by attempting to double their number. When a player obtains a double, the gamer is designated a “Murderer.” Murderers obtain a K after their name appears on the scoresheet.