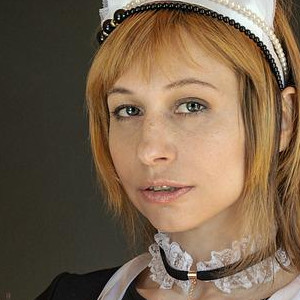 Whether played by adults or children, card games are a favourite of almost everyone. Besides building analytical and communications skills, these games create a bond between players.

This is why they are a great choice for families and friends.

In addition, card games are easy to play because the rules are straightforward and universal. Baring a few regional-specific ones here and there, of course.

Today, we will be focusing on one card game in particular game: Old maid. But before we roll out its rules and regulations, let’s first understand the game.

Old Maid card game is a matching, pairing and numbers-recognising game and comes in the standard 52-card pack. However, unlike other card packs, one of the four queens in Old Maid is removed, leaving only 51 cards.

Old Maid can be played by anyone, as earlier stated. But the game is especially suitable for young children because:

As with most card games, before starting, the decks are shuffled to ensure that all cards are correctly mixed.

This prevents one type of card from bunching up in one place (and ending up in the deck of just one player).

After shuffling the cards, the person who mixed or shuffled the deck, who could be one of the players or an independent person, will deal them around to each player.

This will continue until all the cards are handed out. Players do not have to have an equal number of cards.

Note that Old Maid has different variants, but the standard rules are similar in all. Thus, be ready to learn new things when you play with different people.

Every game has a purpose. Well, Old Maid is no different. The mission in the game is to form and discard pairs of cards.

This means that a player must not be left with an odd card at the end. The odd card, in this case, would be the queen.

Each player removes every pair from their hand that is facing down. If players have three of one kind of card, that player removes only two of those three cards.

The person dealing out the cards then offers their hand (or deck) to the player on the left. The game is played clockwise. That player will then discard a pair.

The game will continue till all cards, but the queen, are paired. The player who has the odd queen card after this would be the Old Maid.

This means they would have lost. When played with standard cards, the player with the last unmatchable card will be the old maid.

If any player happens to discard two cards that are not a pair, causing three unpaired cards to be at the end, they will have made a mistake. Consequently, they will lose and become the Old Maid.

Where can you buy Old Maid card games decks?

Old Maid card packs are readily available. For example, look for them in bookshops (such as Barnes and Nobles, Thalia and Shakespeare & Company) or on the check-out counters of most major supermarkets. Major online sellers, like Amazon, sell it (and other card decks).

The minimum age on the card is usually given as 4 years old. It can be enjoyed by both kids and adults as it is limitlessly fun.
If you want a fun game to play on a quiet Friday night that will allow you to bond with your spouse and children? Then choose Old Maid card game. Your young children will thank you for it.

The beauty of Old Maid card game is that it can be played by anyone, including children as young as 4-years-old.