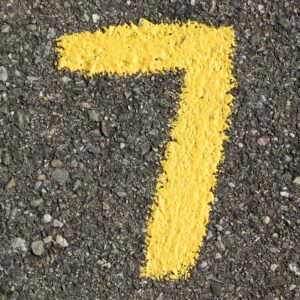 Sevens is an exciting card game that can be played by three to eight players. Also known as Fan Tan, Domino, or Parliament, this game first became popular with Chinese immigrants to the US.

This game is played with cards forming a sequence, going both up and down in suit from the sevens.

The object of the game is to be the first player to use all dealt cards. Mobile and desktop players can also play this thrilling card game. Casino players can play it for free as well as for money. The free version offers an ideal option to try out your skills before staking real cash.

Sevens or Fan Tan is played with a whole deck of 52 cards. Cards are dealt in a clockwise direction until there is no card left in the deck.

This means that some players might receive fewer cards than those dealt to others, which often occurs when there are three, five, or six players. Players with fewer cards are expected to add an extra chip to the ante as a way of repaying the advantage.

Cards in this game are played face-up, with cards placed in rows of similar suits. Ideally, rows start with a seven with a king on the extreme right and an ace on the left.

It was mentioned earlier that this game is played by a minimum of three players and a maximum of seven. However, four, five, or six players are considered ideal. Once all cards are dealt, the player with the seven of hears starts the game.

Players are expected to take turns by playing one card at a time, but the card played has to be the next card in relation to the one that is on the table. For instance, the card played after an eight can be either a seven or a nine.

Gameplay continues until someone plays his or her last card, who is crowned the winner of that round. For a game with a single round, he or she can be named the overall winner. In light of this, some players opt to have a single game with multiple rounds to play longer. Multiple rounds mean that you will have to settle for a dealer. This is usually the person seated to the extreme right or the winner of the game. In the case of online games, cards are automatically dealt by the casino.

It is worth noting that the rules of sevens card games are not cast on stone. There are special occasions when players might be allowed to alter the rules of the game. This often applies when playing at a real table. But the exact rules apply when playing online.

In some instances, players might be expected to forfeit some chips when they cannot play a card or when they play the wrong card.

Another variable feature of Sevens card game is the scoring system. There are instances when gameplay continues even after the winner of the round is declared. Another scoring system is to award each player a point for each card they have after the game is won.

After players complete all rounds, the player with the least score is declared the winner. Other Sevens variants require each player to give the winner a chip for each card they are holding.

Some versions of the sevens require that all players start with an equal number of cards. This means that extra cards are placed face-up, and they are considered utility cards for everyone to play. Surprisingly, other variants allow players to pass even though they have a card to play.

The key is to ensure that you understand the rules of the games, looking at these disparities in gameplay. This could mean trying some free games before you start placing real-money wagers.

As much as this game might appear to be straightforward, there are several tips, which if well-implemented might improve your chances of winning. One of the most popular tips offered to players is to try as much as possible to stick with the middle cards.

So avoid rushing to play with five, six, eight, and nine, which are known as stopper cards.

These sets of cards are ideal if you need to block a player without affecting your game.

This means that you need to time your play in a way that will allow you to play stoppers at the end. Although it is important to hold these cards, it could also mean losing some chips in terms of fines for not playing.

A complex strategy, though, you can always try to convince other players to play cards that belong to the suits you hold as your highest or lowest cards.

The easiest way to encourage them to play with them is by playing your cards of these suits and that would automatically compel them to follow. Playing with high or low cards early during the game improves your chances of winning.

This is attributed to the fact it is tough to play these end cards, especially as the game progresses.

Sevens is a popular casino game among card game fans. With so many variations of this game, it is easy to find a game that matches your preferences.

If you are new to this game, take advantage of free casino games and improve your skills before you start playing for real money. The key to enjoying this game lies in understanding the rules and, of course, a few strategies to give you an edge over other players.