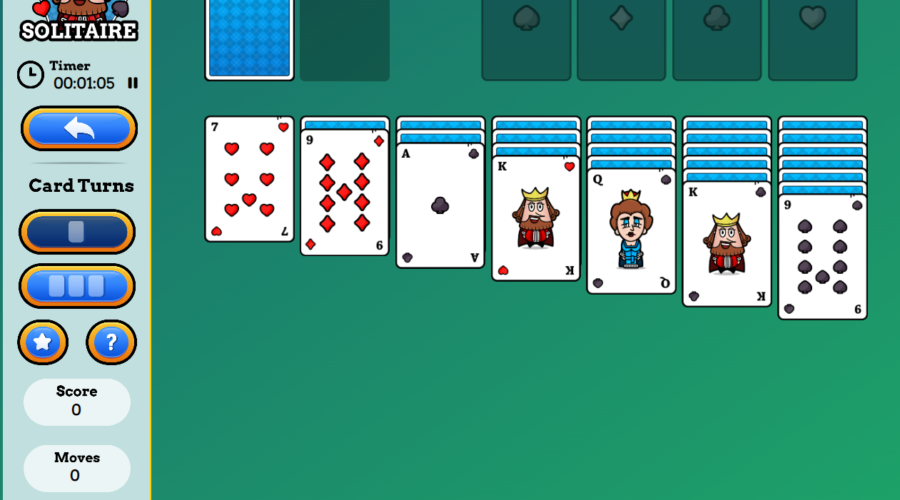 Solitaire Classic is a game that is played by one person using cards. This interesting game can be easily played on almost any surface. It can be played on a table or on the bed.

Technology has come about and introduced the solitaire game on the computer. The game can either be played using mini cards or just the normal cards.

It is played using a standard pack of 52 cards. All games have rules which make them enjoyable.

This game is interesting and easy to learn. However, it might be tough for some people since it is a type of brain game. It also requires one to give maximum attention.

This implies that the game might be difficult for kids to learn. It is, therefore, suitable for people above the age of 8 years. At this age, one has more concentration on things and can learn more easily.

The game also requires one to have patience as it has a very long playing process.

For one to play this game, one has to first understand the objectives of the game. The objective is the main goal of the game and helps in determining whether one has lost or won the game. One is supposed to create four piles using the cards.

The table in this type of play is made up of seven piles. Cards are placed from the left to the right of the table until the seventh pile has a card facing up, which is on top of six cards that are facing down.

The third type of pile is the Stockpile or the Hand pile. This pile is made up of the cards that were not placed in the tableau at the start of the game. Cards in this pile are added as the game goes on in accordance with the rules of the game.

The last type of pile is the Talon or the Waste pile. This pile is made up of cards that do not have a place in the Stockpile, the Tableau or on the Foundations pile. These cards are placed face-up on the Talon pile.

Solitaire is an especially suitable game for people who are just learning to play cards. Since it does not require multiple players to actualize, one can take as much time as one wants to learn the game. With that being said, even seasoned card players can still enjoy a good game of solitaire classic.