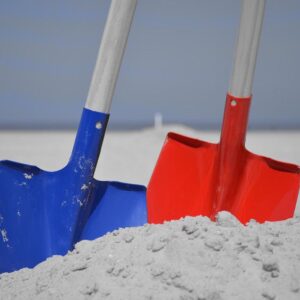 You just have to show some interest in the game and get someone to guide you through it. Some people play card games in competitive tournaments whereas others do it to pass time.

A card game is a game that basically involves playing using cards and a number of players.

Spades was initially started in the 1930s in the United States. The game can be played as a solo game or even the participants can partner to form a team.

The card game spades is a trick-taking type of game. A standard card game is played by four players who play in pairs. There are no age restrictions to play the game.

As earlier stated, the card game is played by four players but at times you may find two players. Spades is played with either one or two jokers. In circumstances where there are six or more players, another deck of 52 cards is used.

Just like any other game, the card game has some points to be won. There are about 500 points up for grabs. In this game, points are won by winning a number of tricks in each bid. The team that bids first gets a chance to counter their opponents.

In a game with four players, each player gets 13 cards. The players then verify the cards and arrange them according to their desire. A draw for the first spade is done to choose the first dealer.

The deal is passed to the left after every hand. A shuffle is done by the dealer and the player on the right gets a chance to ‘cut’ the cards. This is done to prevent the dealer from stacking the deck.

The whole deck is dealt in a clockwise manner and it is dealt one card at a time.

Misdeal
Within the gameplay, there are times a player gets a misdeal. A misdeal is defined as a deal where the participants of the game have not received an equal number of cards.

In cases where a player is dealt out of turn, it is termed as a misdeal. This could be discovered within the game play or could even be noticed by counting the cards immediately after they are dealt.

In cases where the misdeal has been noted before and the affected player realizes that he or she is short of a card, the latter is allowed to pick a card from any player with an excess. A misdealt hand is termed as void and a deal of the hand must be conducted by the same dealers.

Bidding
There is a bidding part in the spades card game. Every player gets an opportunity to bid the number of tricks he is expecting to take in the game. The bidding is also done in a clockwise manner and it starts with the player on the left side of the dealer.

A zero bid in the card game is termed as nil and therefore one must at least make a bid to avoid nil. In games where there is a partnership, rules state that bids made by the partners should be added together.

While playing this game, you may at times encounter cases of nil or blind bidding. Blind bidding from the name is a situation where partners or players make a bid without looking at their cards.

Cases in which players do not take any trick in the hand are referred to as a nil bid. If other players meet the bid of the partners, the partners get a bonus. Players taking more or fewer bids receive a penalty.

Tricks
Every game has a number of tricks depending on the number of hands. The most common is a four-hand game which has 13 tricks and uses all 52 cards. The player on the left side of the dealer plays one card of their choice making an opening lead. The game continues in clockwise order. A card that has already been used cannot be retrieved.

If the player who threw the card tries to correct his mistake before the other player lays a card he is able to retrieve the card. In this game, a player cannot always lead spades.

The only time you may lead spades is when a spade is played to trump another trick. This rule is meant to prevent players with a large number of spades from leading spades.

Breaking spades are cases where players play the spade first in a hand. If any player leads with a spade, then the rest of the players should follow suit. Most of the rules in this game are borrowed from Hearts. Another rule in this game is that in the first trick, a player can’t lead spades.

Violation
If partners violate the playing rules they renege on their contract. This takes place when a player plays off-suit.

There are consequences for reneging. The penalty is usually nullification of the team contract. The score for each bid trick is reduced by ten points. At times, the penalty could be a three-trick penalty.

This simply means that a team is still allowed to make a contract but they should take an extra three tricks to make it. The penalty does not depend on whether the player reneged intentionally or not.

In the game, there is a rule called ‘the rest are mine.’ Players who notice that they are automatically going to win the remaining tricks use this rule. The player lays his hand down and says the rest are mine. This speeds up the game.

The spades card game may seem complex but once you know the rules you will come to like it.