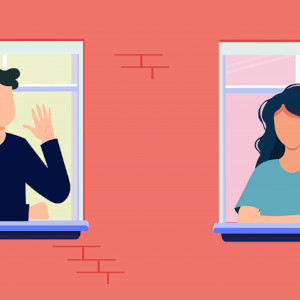 The game ‘Screw Your Neighbor,’ also known as ‘Ranter-Go-Round,’ is a classic drinking card game. It’s a game of chance, logic, and luck, which adds to the intrigue and whimsy.

The goal of this game is never to have the lowest value cards at the end of each round. At least it takes three players and a standard 52-card deck of playing cards to play this game.

Screw Your Neighbor requires participants to form a circle around a stable playing area in order to begin. Everyone begins the game with three lives.

After which, a shuffled deck of cards is passed around the table, and each player takes a card from it.

As the first dealer, the player who has the highest card has the first opportunity to play.

However, redrawing breaks ties. As soon as the deck has been shuffled, each participant receives one card face down.

The player to the dealer’s left is the first to play. The first player may keep their card or exchange it with the player to their left. Switches are irreversible.

The game play follows a clockwise direction, with each player able to switch cards with the player to their left to proceed. Each player who possesses a king must flip it and place it in front of the other to see.

A player can never swap a King with another player. Also, a player must discard their opponent’s card and keep their cards if the next player has a King. When it is the turn of the dealer to play, the dealer can keep their present card or choose the top card from the remaining deck.

Each player displays their hand when the dealer has finished their turn. If any has the worst card in their hand, they lose a life.

After each hand show, the deck reshuffling follows, and then the dealer’s seat or role rotates counter-clockwise. To win, you must be the last person standing on the field, which is therefore being the only one with life.

The players are in charge of determining when the game is over. The game continues until just one person remains.

Immediately following the hand distribution, each player chooses one card from their hand and places it face down in front of them.

This is known as a “safe card.” This card can be looked at and discarded at any time, but it cannot be swapped with another card in your hand. You do not select a new Safe Card once it has been played or lost.

Following a hand rotation, this card has protection from Black Aces and will remain in front of you.

Switch – To play this card, you must use a card of the same rank and suit from your discard pile. Afterwards, that player must either swap hands with the person who played the first card or trade any card in their hand for that player’s Safe Card. However, with a Joker, this cannot happen.

A Match is when two cards of the same rank and suit and a time a joker fall into a single player’s hand. Together the two cards can be played once.

How do cards rank in Screw Your Neighbor?